I do not ever euthanize healthy animals….except in cases like these. 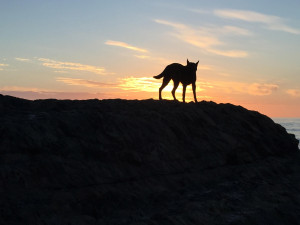 I put my dog down yesterday. He was not sick. He was not old. I rescued him over 8 years ago when he was only 2 months old. And I put him down to rescue him again.

Sutter was the most beautiful dog I had ever seen. Deep red coat and amber eyes. Naturally athletic. We were unsure of his breed but a DNA test told us cattle dog and boxer. His herding and hunting instincts were interminable. And from the very moment I got him, something was ‘off’.